You can walk in every corridor no matter it is day or night. You can go to the locker room to take a bath (except on game day), know the secrets of every corner of the stands, and hold the key to the stadium gate. Your daily job is to open the door in the morning, and then lock the door after everyone has left.

Patty Galligan lives in Highbury Stadium. In the 1978-79 season, Patty became a member of the Highbury Stadium management team and has never left since. It is difficult to accurately describe Patty’s work in words, but he always warmly welcomes everyone who walks into the court, cleans the locker room, and does all kinds of trivial tasks, such as resetting the cross turn with a long wooden stick. Gates, or climb the roof before each game day, and plant 16 flags. 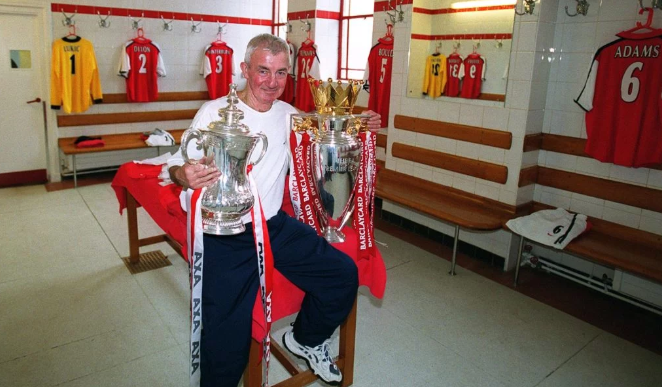 At night, Patty will walk around the stadium to the apartment above the entrance to the west stand. Patty lives in that apartment and he can see the "Clock End" from the kitchen window. Arsenal players like Patty, Henry once described him as "part of the stadium."

In the Arsenal club, all players, coaches and staff know Patty, and Patty also knows everyone. In those days, Arsenal was like a big family. Former Arsenal assistant coach and Patty’s friend Pat Rice once said: “We take pictures of each other. If someone is in trouble, you will help them as much as possible. You know if you are in trouble, others will also Help you. We are all dependent on each other. Patty is incredible. He is willing to do anything for the people in the club."

Former Arsenal coach George Graham recalled that whenever he stayed on the court when it was late, Patty would be happy. "Patti is always the last person to lock the door. I will take him to the office upstairs and open the whiskey to chat with him. He is really kind. Finally I thought:'It's time to go home.' Only then did I realize Par Di is already at home." 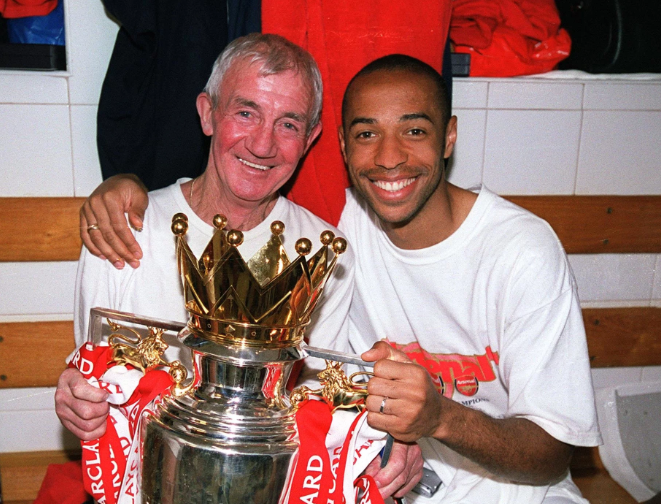 It is no exaggeration to say that Patty knows every inch of turf on Highbury Stadium. He likes to climb on the roof most because he has a wide view from a high place, and he can overlook the beauty of London from a distance. On sunny days, he likes to take off his shirt and lie on the roof to sleep and enjoy the sun quietly.

Those roofs are dangerous. Arsenal club photographer Stewart McFallen sometimes climbs up to install overhead cameras. He is always cautious, but Patty seems to jump around without hesitation.

"The east stand and the west stand are like death traps." McFarran recalled. "If you want to get to the top of the west stand, you have to step on the seat and climb the stairs, go through a window, and then climb to the other side. On the other ladder. The front of the roof is a wooden board, which is really slippery. Patty wants to plant a flag in the east stand. He has two sets of flags, and he must climb to the top to replace them before every game. I remember a breeze It's too big and blew him off the ladder suddenly..."

One day in December 1991, I ran into Patty at Highbury Stadium. As a rookie reporter, my job was to report on a match between Arsenal and Norwich, but due to the impact of the fog, that match was cancelled 90 minutes before the start of the sentry.

What should i do? I walked towards the main gate of the stadium in confusion and found Patty sitting not far from the gate.

"What are you doing here?" he asked.

At first Patty thought I was a fool who didn't know that the game was postponed. He thought it was very interesting, but when he heard that I was here to report the game, he responded with a classic Patty style. "Have you seen it in Marble Halls?"

I do not have.

"Then you better come with me." 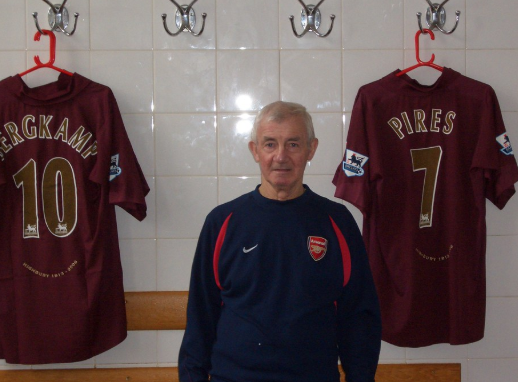 Although I haven't seen Arsenal's game against Norwich, it's a worthwhile trip.

In the following years, McFarran took over Patty's apartment.

"It was a large one-bedroom apartment with a living room and a kitchen, but it needed repairs at the time." McFallen told me, "I remember planning to take a bath in the apartment once, but when I turned on the water, I found that There is no cold water, only hot hot water. This is probably why Patty often takes a shower in the dressing room in the morning. He only sleeps in the apartment and has not used any facilities there."

If there is a club staff working overtime at Highbury Stadium, the sound of water from the shower in the locker room of the first team can also be heard. Everyone knows that Patty likes to jump into an old free-standing tin bathtub and watch the blisters pop up from the side of the bathtub... "For an employee, living on the court is definitely a unique experience, changing room Just like his manor."

"Patti will clean the locker room on match day, make sure everything is ready, and help organize sports equipment. He is probably the only non-coaching member who is always in the locker room." McFallan said, "When The players return to the dressing room after the game and he will walk around them. He and George Graham are very close, and Arsene (Winger) also likes him because he is like in Arsenal history a part of." 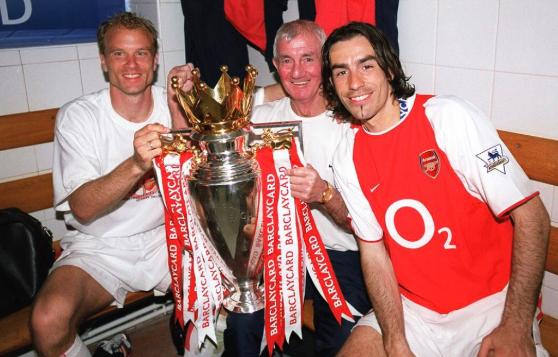 After living in Highbury for so many years, which Arsenal player Patty likes best? Patty himself once wrote in an article: "The hero in my heart is Tony whether on or off the court. There is only one Tony Adams in the world. I have known Tony for a long time, and talking to him is like talking to my son. "

According to Pat Rice, in the 1970s, Patty took over the job after the previous stadium manager suddenly left. "No matter what you ask Patty to do, he will do it, no problem! We told Patty once that the court is not flat enough and needs some top soil. Did you know? When we sit on the coaching bench again, even The other side of the court can't be seen. He carried a lot of soil to the center of the court, and it was piled like a hill!"

Although Patty has a straightforward character and occasionally loses his temper, he can always bring laughter to people around him.

"I think Patty is particularly interesting." Les said, "We sometimes organize employee games in the indoor stadium above the clock stand. If you want to describe his playing style, I can only describe him as a'trying home'. If He confronted you 10 times, so 9 times he would go forward to grab or tackle and slam you against the wall! He didn't bother anyone, even if the opposite was Graham."

"If it snows, I will ask all the apprentices to shovel the snow off the terrace. Patty will also bring his cart (like a dump truck) to help. Young players love him. ." 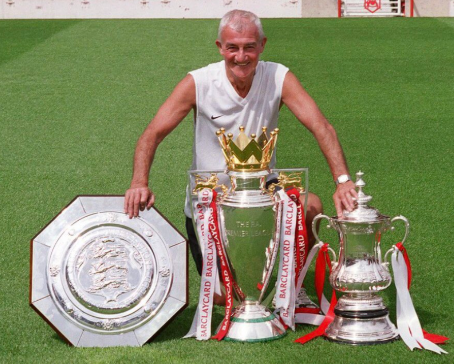 At Arsenal, Andy Exley is responsible for editing the match day program. Exley still remembers that Patty once showed up in the office with a plate of toast and jam and let a female colleague eat it. "Patti found that she was drunk and hadn't fully woken up yet, so she tried to help her get back to a normal working condition. At the time I thought,'Who is this guy?'"

"After the season, if Patty likes you, he will give you a jersey that the players wear during training. He put those jerseys in a big bag in the room next to Pat Rice's office. I always Collected the tops worn by Tony Adams in 2002, the red training jerseys of Igor Stepanovs, and gave his father a training suit of Henry."

Like most people, Exley was quickly fascinated by Patty's unique charm. "He is like a mascot for the team. If he doesn't come to the court on the match day, all the players will ask why." Exley said, "If you come to Highbury, he can talk to you non-stop. If you are interested, he will show you around the stadium...you can pay attention to the expression on his face. When people watch everything on the stadium with their eyes wide open, he is always very proud."

In the summer of 2006, Arsenal played their last game at Highbury, and then moved their home court to the Emirates Stadium. Patty died of a heart attack while on vacation in Greece. 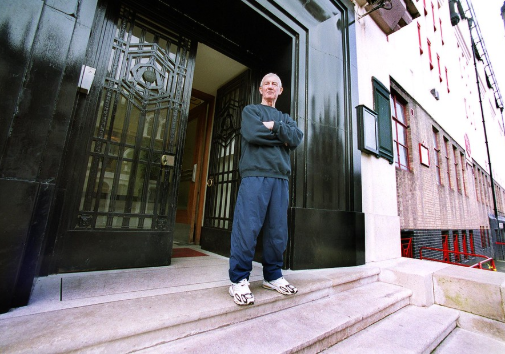 When the news of Patty's death came, Arsenal was undergoing pre-season training and McFallen was also with the team. "At the time we were preparing for the new season in Austria, Wenger announced the news in front of all the players. It was a difficult time." McFallen recalled, "We were silent for a minute."

Wenger really likes Patty. He once said: "In my opinion, Patty brings happiness and vitality to those around him. He spreads happiness around the stadium."

At the Emirates Stadium, there is a staff kitchen behind the first-team locker room, where club staff can make tea or eat snacks-it is called "Patti's Kitchen". "That kitchen makes us feel like he is still on the court." McFallan said, "This is what we should do for him."